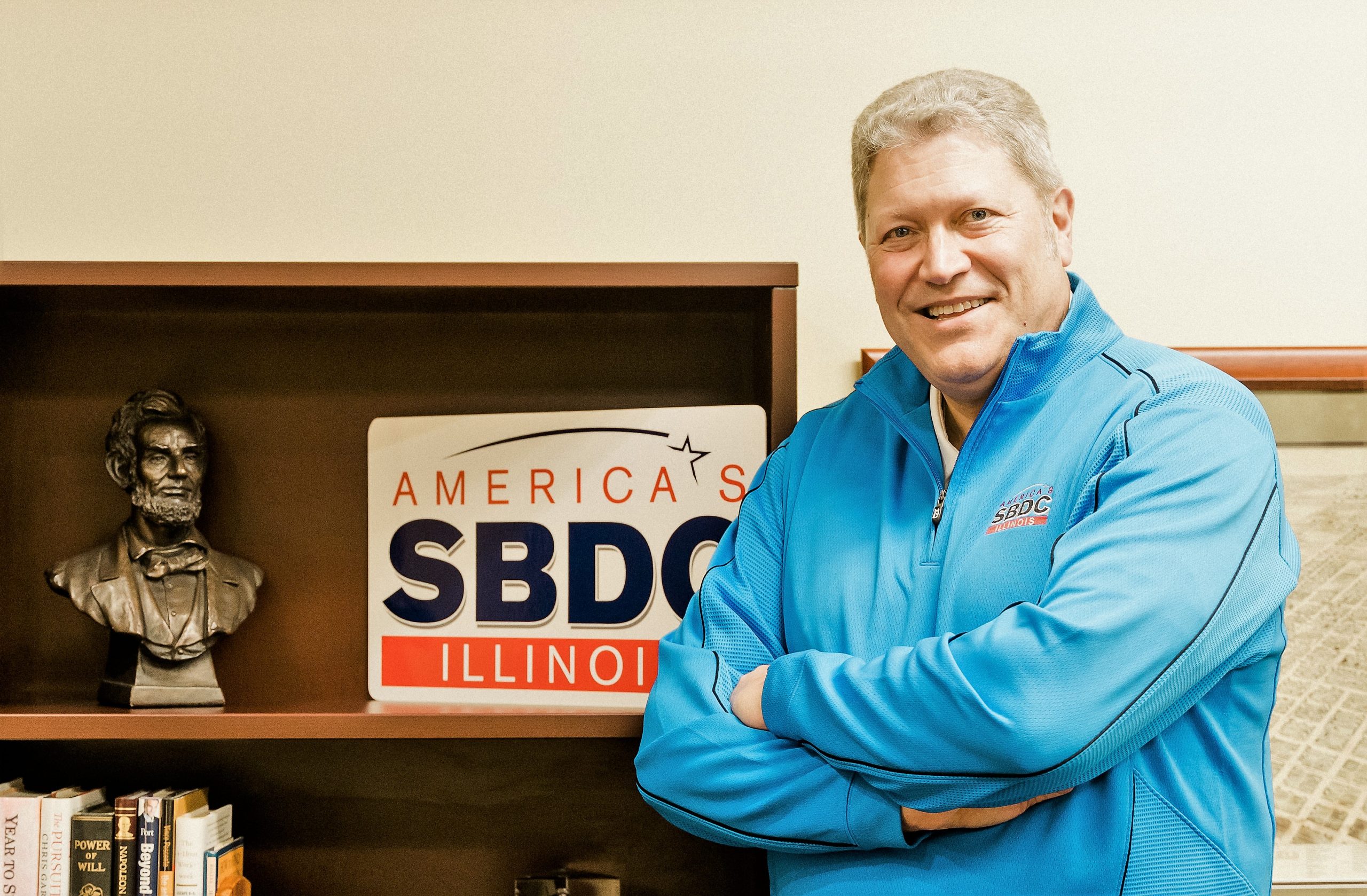 Kevin Lust serves as Director of the Illinois Small Business Development Center for Central Illinois, a role he has held since 2005. The Illinois SBDC is part of the US Small Business Administration’s national network of business advisors. Through his work with the Illinois SBDC, Kevin has advised entrepreneurs in the start-up or purchase of at least 160 new businesses, supporting more than 850 jobs. Those businesses invested over $26 million in capital to begin their operations. He has provided guidance for more than 1,600 small business clients in over 6,000 hours of individual advising sessions.

Kevin also is Founder and President of Lust Development Group, Inc., a company dedicated to helping people and organizations keep making progress. As a professional speaker, trainer, and business advisor since 1990, Kevin Lust has shared his practical philosophy and solid business principles in nearly 2,000 professional presentations in 16 countries on four continents.

Kevin began his career in the banking industry, starting as a teller in college, and eventually serving in roles as a Credit Analyst, Commercial Lender, and, finally, as Director of Personnel & Training for a major regional bank holding company.  He holds a Bachelor of Arts degree in Business Administration from Illinois Wesleyan University and graduated from the National School of Human Resources of the American Bankers’ Association at the University of Colorado.

Kevin was named a Certified Speaking Professional, the highest earned designation of the National Speakers Association.  Worldwide, less than nine percent of the more than 5000 members of the International Federation of Professional Speakers held the designation at the time. Among other acknowledgements, he has been selected the Illinois State Star for the Association of Small Business Development Centers, the Small Business Advocate of the Year by the Greater Springfield (IL) Chamber of Commerce, the Business Mentor of the Year by the Springfield Business Journal, and Sangamon CEO’s Person of the Year.

Kevin’s published works include Financial Fitness: How to Budget Your Time, Your Money and Your Life, a Smith-Miner Productions and CareerTrack Publications audio program, along with Coaching Skills for Managers and Supervisors by Nightingale-Conant.  He has authored chapters in the business anthology Motivational Leaders: Strategies and Wisdom from America’s Top Professional Motivators, and the personal development series Mission: Possible, along with the hugely popular How to Maintain Balance in an Unsteady World. His most recent work was Speaking of Success, where he was featured alongside Brian Tracy and Stephen Covey. He is a frequent contributor to local media and his advice has been spotlighted in Entrepreneur and Fortune magazines. Kevin can be reached at kevinlust@cisbdc.com.

Julio Barrenzuela, the Salsa Ambassador, utilizes salsa dancing to promote health, education, and culture through a fun activity. He developed his successful business, Salsa 29 Productions, over fifteen years ago with guidance from the Illinois SBDC. Of course, dance is mostly a vehicle that he uses to reach the main goals of his business, which always have been to develop cultural understanding, improve diverse relationships, and build better communities. He is a US Navy veteran and holds an MA in Media for Social Justice. During the pandemic, he returned to Springfield—his first home in the US on moving from his native Peru—after a decade in Los Angeles and is working now with new business owners through the same SBDC that helped him get started. He guides our Spanish-speaking clients through the process of starting a business and is building a new base of business resources and connections for the Spanish-speaking community in central Illinois. Julio can be reached at julio@cisbdc.com. 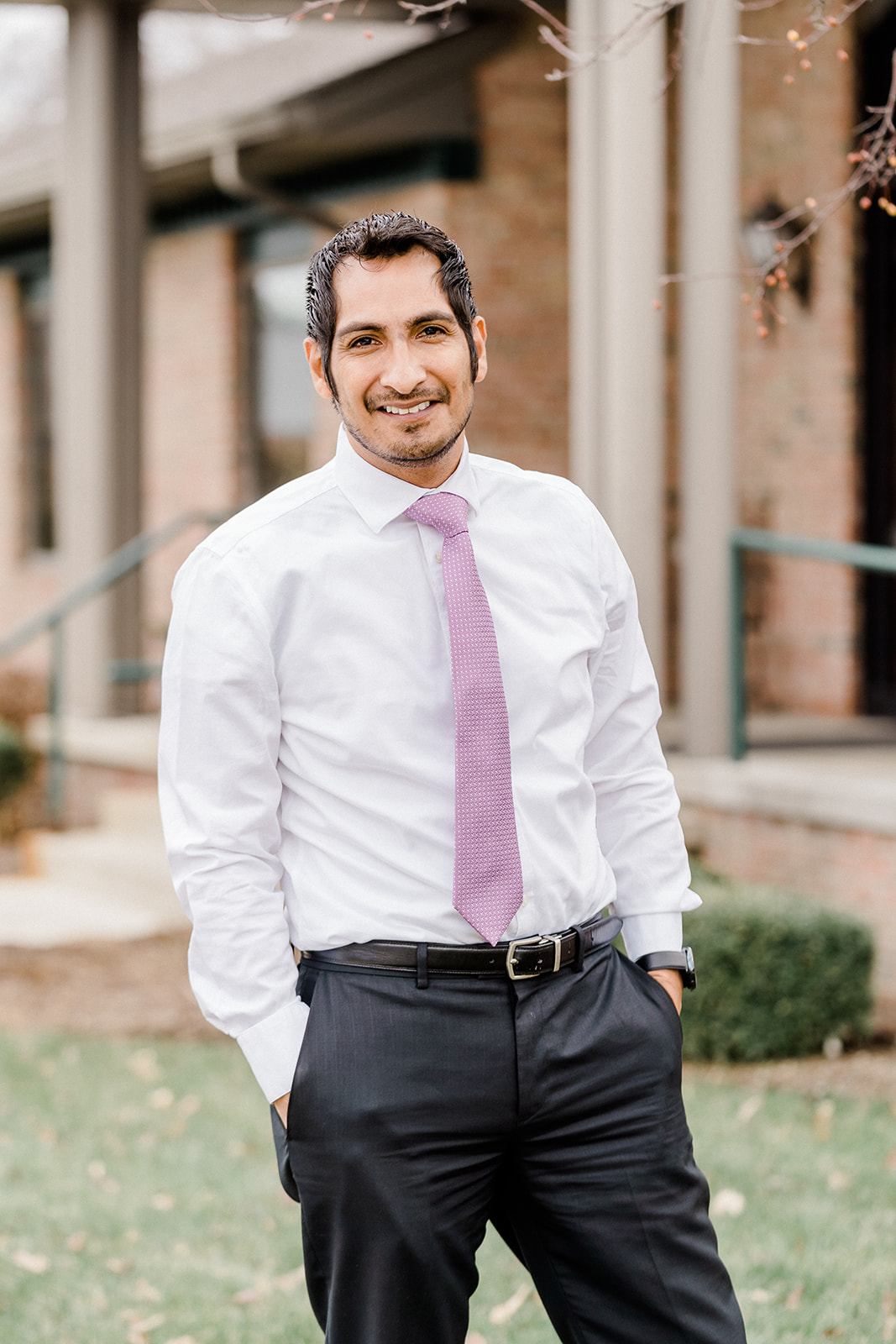 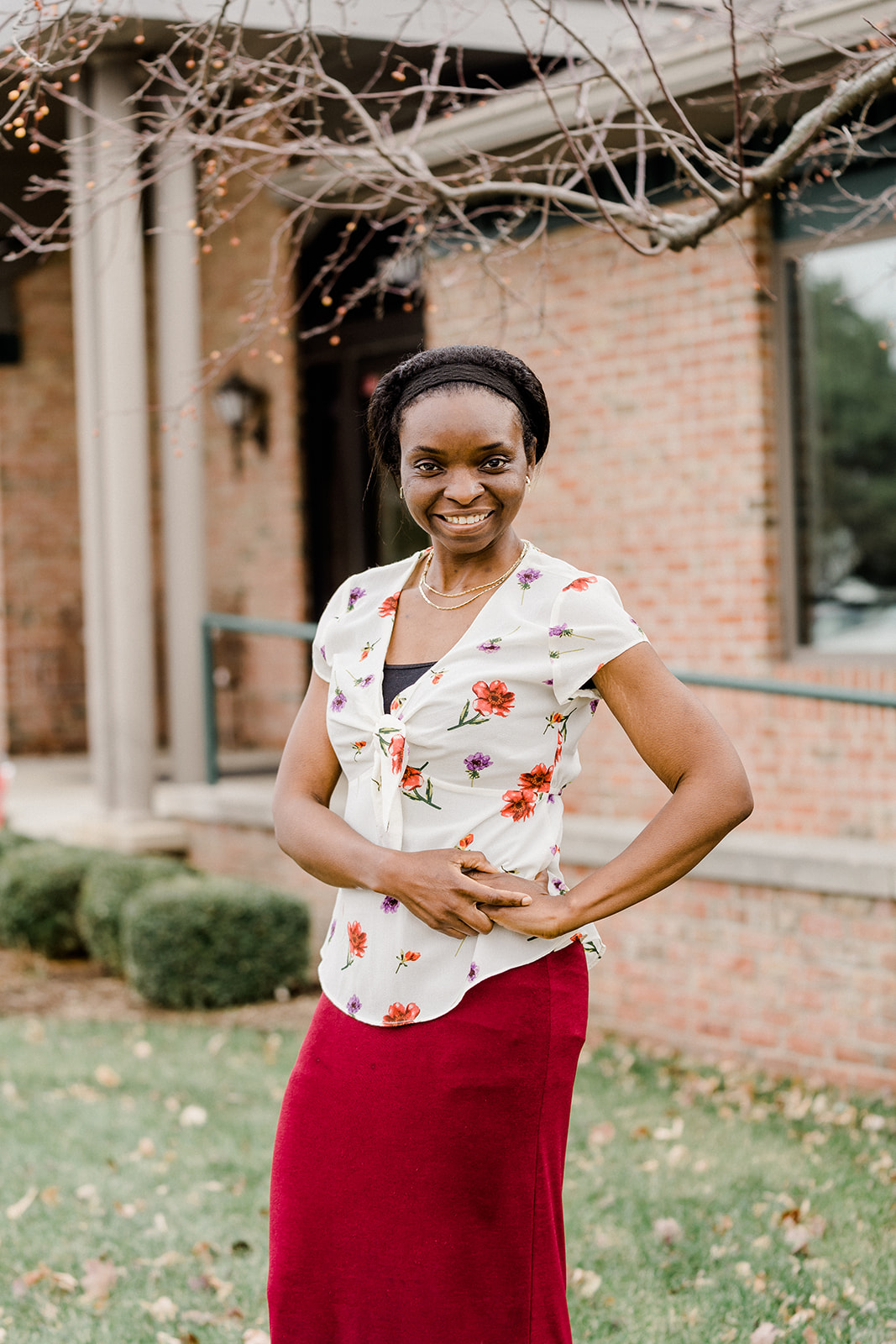 Evelyn is a CPA and owns LifestyleCPA, a tax and accounting firm based in Springfield. She holds Bachelor’s degrees in Business and Computer Science and three Masters’ degrees. She also is a Quickbooks Certified ProAdvisor. She has worked with her own clients for over 15 years and began as an SBDC client herself. She now assists our clients in establishing good accounting systems, creating financial projections, and guiding them through questions about preparing their taxes. She also will be conducting financial training workshops and is responsible for leading our center’s outreach to the minority community. Evelyn can be reached at evelyn@cisbdc.com.

Chris Long, Marketing Advisor—Chris and his wife Gemma own Gem PR & Media as well as Illinois Local. Chris advises clients on developing marketing plans, establishing their place on the internet, and advertising through social media. He also looks after the center’s own social media and marketing, working closely with Sara Vanhala to coordinate Growth Corp and Illinois SBDC promotion. Chris earned two Bachelors’ degrees in college in Australia, started his first business in Guernsey, and has been assisting the Illinois SBDC in his hometown of Springfield since 2017.  In 2016, he received the Springfield Business Journal’s Forty Under 40 Award.  Chris is married with two children. He can be reached at chris@cisbdc.com. 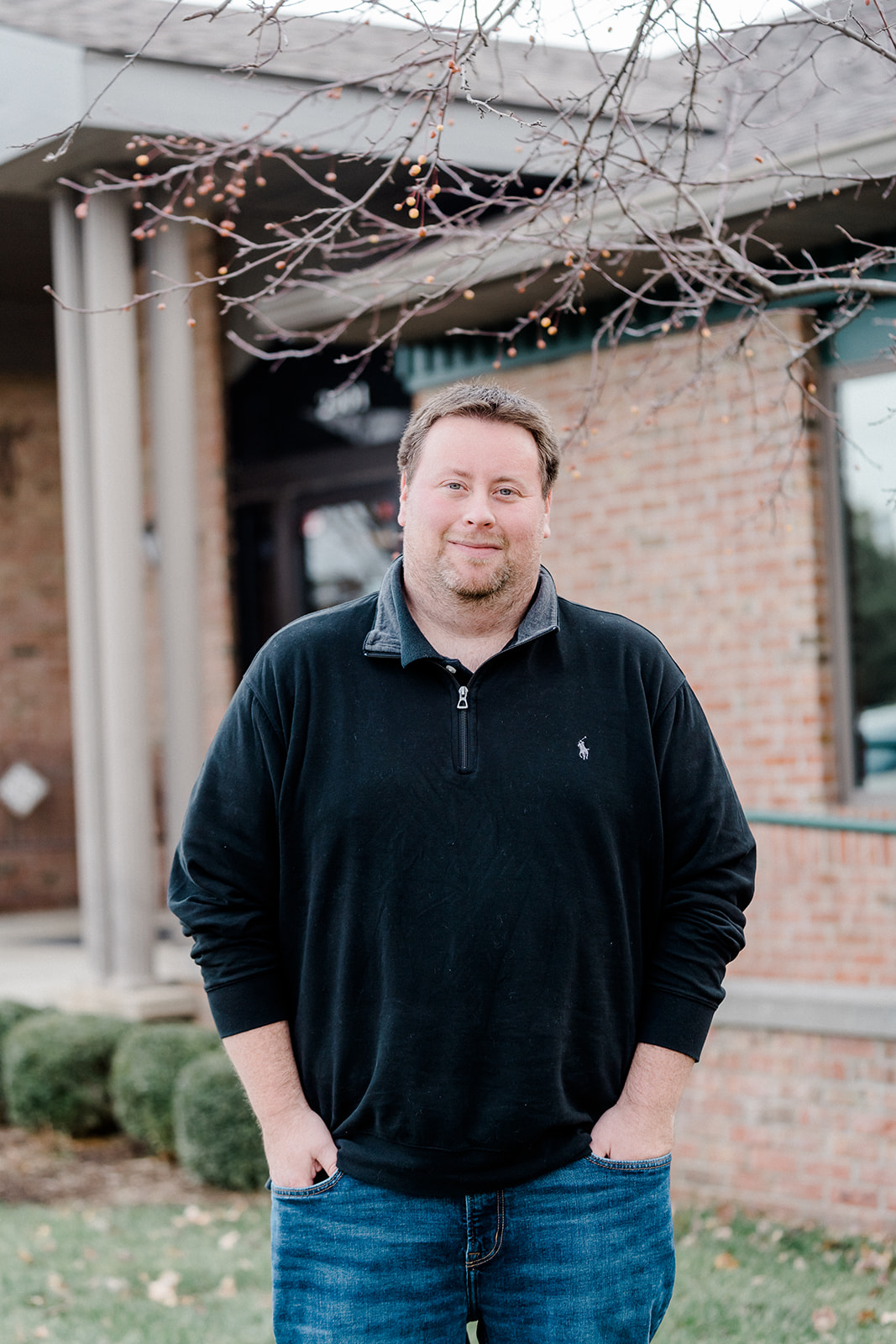 Our Program Assistant, Judy Tavernor, is a retired elementary teacher of thirty-one years, much of that time spent in the kindergarten classroom. That experience translates well as our clients will immediately notice her welcoming smile and positive approach each day. Raised in Springfield, Judy attended college at Lincoln Land Community College and Sangamon State University, now University of Illinois, Springfield. She holds a Bachelor of Psychology and certificate for Elementary Education and has taught at St. Maurice’s in Morrisonville, St. Cabrini in Springfield, and South Fork School District in Kincaid in her career. She also plays piano, performing at her church and for many, many musicals at Pawnee High School as well. Judy and her husband raised two sons in Pawnee and enjoy spending time with their grandchildren. She can be reached at judy@cisbdc.com.

Funded in part through a cooperative agreement with the U.S. Small Business Administration, the State of Illinois Department of Commerce and Economic Opportunity, and Growth Corp. The support given by the U.S. Small Business Administration through such funding does not constitute an expressed or implied endorsement of the co-sponsor(s)’ or participants’ opinions, products or services. Reasonable accommodations for persons with disabilities will be made if requested at least two weeks in advance. 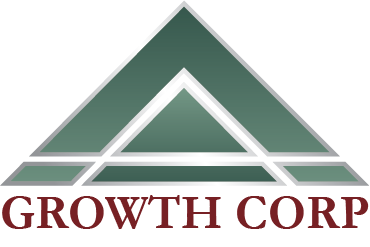